We made a design for Ahiṃsā (अहिंसा) in the Devanagari Script (देवनागरी), and then we put the design on a shirt. A simple two color print with a graffiti-based style. So? What’s the story, morning glory?

Ahiṃsā (अहिंसा), is the Sanskrit word for ‘non-violence’. The word is specific to Sanskrit, one of the underpinning languages for the philosophies of Hinduism, Buddhism, and Jainism. It is a word composed of a prefix ‘a’ (अ) and a root ‘hiṁs’ (हिंस्) (as described by the rules of Sanskrit grammar).

The word Ahimsa—sometimes spelled Ahinsa[2][16]—is derived from the Sanskrit root hiṃs, meaning to strike; hiṃsā is injury or harm, while a-hiṃsā, its opposite, is non-harming or nonviolence.[2][17]

Being familiar with the basics: language, etymology, the actual location in canonical texts, are simple ways to set the stage for study. Bringing these practices into a practical routine is a subtle way of transforming habits for the better and making everybody’s Kali Yuga (कलियुग) a little gentler… Onward and upward!

Where is the word Ahimsa (अहिंसा) used in Hinduism?

In Hinduism, Ahiṃsā (अहिंसा), can be found in the Vedas (Rigveda: ऋग्वेदः), Yajurveda,: यजुर्वेदः) and in the Upanishads (Chāndogya Upaniṣad: छान्दोग्योपनिषद्, Sandilya Upanishad: शाण्डिल्य उपनिषत्). It is also featured in the Mahabharata and documents concerning Yoga (one of the six orthodox schools of Hinduism), specifically the Yoga Sutras (2.30-35) and the Hatha Yoga Pradipika(1.16).

Where is the word Ahimsa (अहिंसा) used in Buddhism?

The Buddhist ‘Five Precepts‘ from the Dhammika Sutta has non-harm listed as the first of five guidelines. For the laymen of Buddhism, non-harm is a guideline. However, for monks and nuns, transgressing against the rule of non-violence may result in severe punishment… It is also a frequent subject in the Buddha’s discourses and stories. Since Buddhism has a range of languages representing the canon of work, it’s worthwhile to mention that the cognate of ahimsa in Pali is ‘avihiṃsā‘. It is also noteworthy that in Buddhist thought, the concept of non-harm extends to economics and trade (Anguttara Nikaya V177).

Up next? Jainism… The folks that went straight edge on non-violence… enjoy!

We ran into this question as we were formatting our images for print. Here’s a brief explanation on the difference between color spaces and color profiles.

The Color Space, as defined by Richard Anderson and Peter Krogh’s article Color Space and Color Profiles, is a specific implementation of a color model. For RGB, the most common color spaces are sRGB, Adobe RGB, and ProPhoto RBG. The color space encompasses all the colors available within that space, i.e., the color gamut. Some color spaces may contain more colors than others.

A Color Profile represents the numerical model of a color space. If you ever wondered why one image looks different across different monitors or devices, that’s probably due to the color profile associated with the device, or operating system, or program! The same goes for printers. Two different brands of printers will (mostly likely) not produce the same print from the same image. That’s because each printer defines the color space differently in its color profile.

Hence, the need to format files according to your printer’s specifications. And, the importance of press proofing prints with each new printer so you can ensure you get what you want to see!

Is not a restaurant. It’s actually a park: Cahuilla Hills Park in Palm Desert.

We’ve been inviting friends for impromptu grillin’ and BBQ parties for the past two months! We have our setup down—from folding table, lanterns, dinner & drinkware (comprised of TMNT and Star Wars plates and tiki cups) to a bag of grilling implements.

The grill is fine for a few people, but any more and we’d need another personal grill. Unfortunately, park rules dictate that “the use of personal grills is prohibited.”

Yep, and there’s a song that goes along with that… Frank Sinatra, and Ella sang it too.

Like the beat, beat, beat of the tom tom
When the jungle shadows fall
Like the tick, tick, tock of the stately clock
As it stands against the wall
Like the drip, drip drip of the rain drops
When the summer showers through
A voice within me keeps repeating
You, you, you

Night and day you are the one
Only you beneath the moon or under the sun
Wheather near to me or far it’s no matter darling
Where you are
I think of you
Day and night, night and day
Why is it so that this longing for you
Follows where ever I go
In the roaring trffics boom, in the silence of my lonely room
I think of you
Night and day, day and night
Under the hyde of me, theres an oh such a hungry yearning
Inside of me
And this torment wont be through
Till you let me spend my life making love to you
Day and night, night and day

Yep, another aim, AING, aiṃ…(ऐँ) with chandra bindu for extra symbolism. The blue colors are for Saraswatī‘s affiliation with water. The composition focuses on balance without symmetry. Because of the way the glyph was constructed, I sometimes see an auṃ trying to emerge, and it reminds me that they are related. Auṃ being the sun, and aiṃ the moon. The character centered on the bottom is in Telugu script, from Andhra Pradesh; it is the first syllable for the name Jāyapa, my signature for this meditation art, and, a tribute to the man (Jāyapa Sennani) who wrote a comprehensive treatise on classical dance Nritya Ratnavali.

A botanical geometry, by a maniacal geoffrey. Fagonia laevis (California fagonbush) has this awesome branching method with two leaves on the outside, followed inwardly by two sub-stalks, and then a bud/inflorescence/infructescence. Some of the pictures I’ve taken show two anthers out of eight being smooth, and the others all bumpy (for lack of a more scientific term). I’m not sure if this is a maturity issue or an anatomy issue.

Speaking of anatomy, let’s get technical. The Jepson Herbarium lists some information for Fagonia laevis, such as leaflet size (3-9 mm), petiole size (1-4 mm), flower size (1 cm), and information about the fruit. However, if you view the descriptions of the Higher Taxonomy, i.e., for the Genus: Fagonia and Family: Zygophyllaceae, there are more descriptions. (Get your glossary ready!)

The stem is spreading and angled.

This is part 1 of a series of articles on Trail Maintenance. 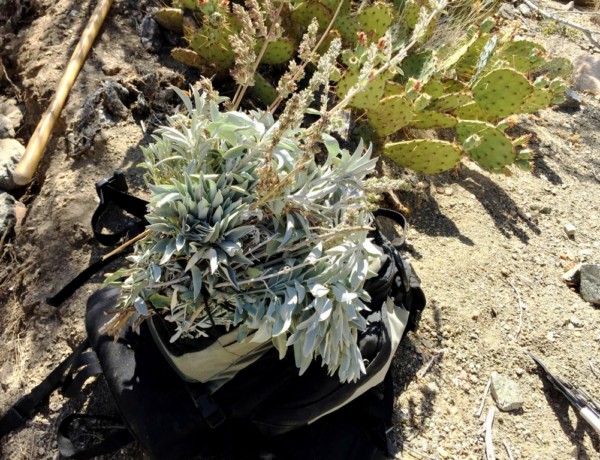 Since many of our products are plant-based, it’s helpful to know where these plants come from and how they are harvested. While there are plenty of resources out there that describe how these plants benefit us, the focus of these articles is on how we can sustainably harvest plants (i.e., wildcraft), thus ensuring that there will be plenty of plants around in the future. Plus, it’s good to get out and give back by volunteering with a local non-profit organization that helps maintain trails in your area.

In this series of articles, we’ll go through each of the chapters from the Notebook and provide additional insight and information (including links!). This is an on-going project and may take quite some to complete. 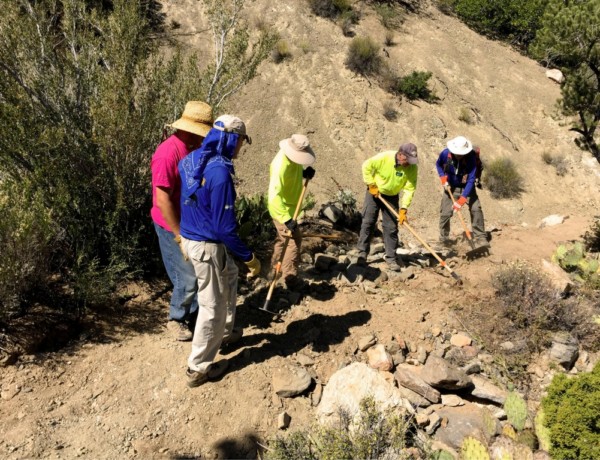 Where indeed has that Kālāma Sutta gone? If one wanted to go to the river and read this argument for sound logical reasoning over specious reasoning? Where, oh where, would it be?

For starters, the Kesaputti [Kālāma] Sutta is the fifth sutta in the Mahā vagga of the Tika Nipāta of the Aṅguttara Nikāya (AN), one of the books of the Sutta Pitaka. Or in code, (AN i 188).

Being an older document, I wonder which script was used to first transcribe it? The script used in the title is Sinhala. The following links are pages transliterating and translating this sutta in pali and in english… And below is Kālāma Sutta written with a Sinhala Tamil font called Bhashitha.