What is breathing? And is it different from respiration?

As a person, I am interested in breathing because it is, quite possibly, the most important thing I do daily.

Breathing is an autonomic process. It is something that I don’t have to think about,  and I do it in my sleep. But it’s not like my heart’s amazing ability to generate electricity. None of my autonomic processes are as consciously accessible as the breath. I can prove this, empirically, as I can consciously hold my breath but cannot consciously stop my heart… At least not without decades of high quality Ninja training.

This ‘conscious accessibility’ is mirrored in Chinese medical theory, where the lung is seen as the emperor’s ambassador to the outside world. It is also referred to as the ‘canopy‘ of the organs (as opposed to a canapé of organs?). Whatever differences may exist between western and eastern empiricism, both acknowledge the lung as the representative organ in the respiratory system. 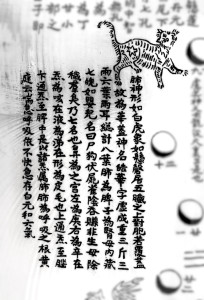 An illustration of the Taoist medical theory concerning the lung.

As with all things arcane, I begin by consulting the Google…

Is breathing different from respiration?

[T]he process of moving air into and out of the lungs to facilitate gas exchange with the internal environment, mostly by bringing in oxygen and flushing out carbon dioxide.

After some research, I conclude, breathing, as I know it, is part of external respiration, and is responsible for the transport of gases to and from the pulmonary alveoli. It is the most external process of the respiratory system.

I found my answer, which is good. But the answer also leads to more specific questions. Specifically, 1) how do other systems of the body contribute to or affect respiration, and 2) how is this information practical and/or useful to me?

About the Author: The Lazy Beetle